Ever wanted to play a Rummy Game that doesn’t drag too long, is faster and more interesting? Then points rummy online is a game you will love.

In this online format of Indian Points Rummy, online opponents play for points with a pre-decided Rupee value
against each point. This format of rummy requires a minimum of 2 players and a maximum of 6 players with 2 or more packs of standard 53 cards deck including the printed jokers. Often, each game lasts only about a few minutes, making it quick and interesting. 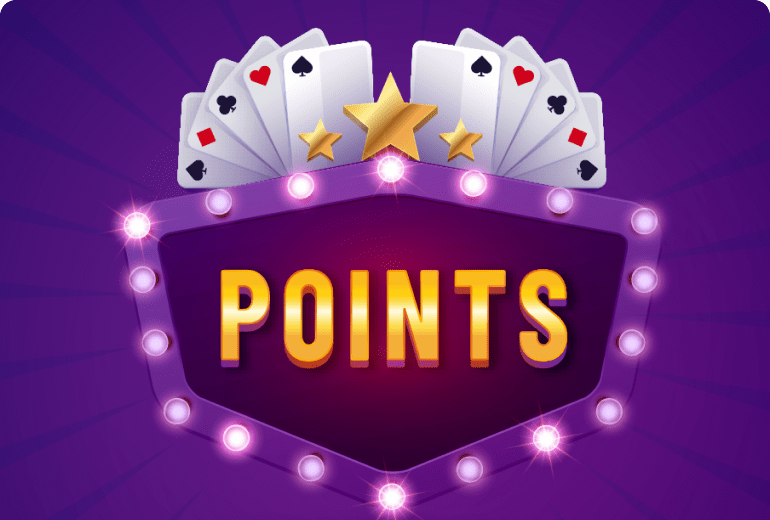 Here’s how points rummy is played:

Each player is dealt a set of 13 cards at random and the first card from the pack is placed at the open deck, indicating the start of the game. The remaining cards are placed face down in the closed deck slot.
Then, a joker card is randomly selected and a system generated toss decides which player makes the first move. In the instance that a printer joker is picked, players can opt to use Ace cards of any suit as a joker in their sets/sequences.
Now, each player must aim at arranging all 13 cards in their hand in a sequence or in sets. To do this, they each take turns to pick or discard cards from the closed or open deck.
Learn how to form sequence and sets.
Finally, players can move a card to the finish slot to declare their sets and sequences. They must show the cards in hand and group them in their sets/sequences for it to be declared a win. The game ends when the finishing player hits on the ‘Declare’ button.

Point Rummy Rules you must know

Here are a few rummy point rules to remember while playing points rummy:

Each game lasts for 1 deal only.

Rummy points have a pre-determine rupee value.
A penalty is charged every time you drop a game. Players who drop out at the beginning of the game, also known as First Drop, will get 20 points. Those players who make a Middle Drop or choose to leave the game before the game show is called by any player will get 40 points. Any player who does not meld any cards when a show is called and instead opts to leave the game gets 80 points, this is known as a Full Count.
To declare a win, you need:
One Pure Life (Straight sequence without any Joker) – Compulsory, or else you get full count
One more Life with/without Joker – Compulsory
If you leave during a game, Penalty = Full Count X Entry Fee will be deducted.

All clear and understood? In case you don’t feel confident yet, you can start with practice games and then you may gradually move towards cash Rummy games. We suggest that you do it at your own pace.